It has come to our attention that Ms Boshcoff falsely claims credit as ‘Writer’, ‘Researcher’ and ‘Story Editor’ as well as ‘Consultant on Episodic Structure’ on the award winning SAVING SIRGA; Journey into the Heart of a Lion series in an effort to promote herself. The series was produced by Tauana Films (Pty) Ltd Botswana, a reputable and long-standing producer of factual content to the international television industry.

Ms Boshcoff has no right whatsoever to these claims. She did offer her services as a ‘Script Consultant’ on the series, but proved so inept that they were terminated immediately.

When Tarina Jozefowicz, as Tauana Films producer and legitimate researcher, writer and narrator on the Saving Sirga series became aware of these bogus claims, she contacted Ms Boshcoff and demanded that she immediately remove the fraudulent claims from Linked In and/or any other digital platforms where she might advertise her services, or face public exposure.

Ms Boshcoff made no attempt at apologising. Instead she replied as follows  (Warning:  obscene language):

First of all, fuck you and the broom you ride on. I ruined your life? Wow, that’s rich. I didn’t read your full manifesto, you don’t deserve my time. But clearly you have too much time on your hands, so perhaps you should make your “mission” something charitable, like helping those less fortunate, or mining for a new personality. Good luck with that.

Second, get your facts straight. I’m not a partner in LGI & had zero to do with sales. I was done with your project long ago, and yet you still try to haunt me (can’t help the Halloween theme). Life is short, time is precious & mine is not worth wasting on a wretched hag like you.

As for your very direct, personal and professional threats, I will not tolerate harassment, threats or bullying from you or any other asshole like you.

Lastly, this is my private email. Do not contact me here, or ever again.

Ms Boshcoff has yet to make any attempt at apologising or explaining her actions to Tauana Films.

Any further attempts at communication with Ms Boshcoff have proved futile. She has blocked Tauana Films from viewing her Linked In page and refused to answer any emails, so it is impossible to ascertain if the fraudulent claims have been removed from the page or not.

Tauana Films reported Ms Boshcoff’s behaviour to the Canadian Consumer Counsel in Toronto, but we also feel duty-bound to bring Ms Boshcoff’s unprofessional conduct to the attention of international industry professionals, especially script writers and independent film producers, who are working, or may be considering working with her. Beware. If Ms Boshcoff could falsify credits on our production she can do so on yours too.

Even in an open digital society like ours falsely claiming credit for other people’s work and the use of offensive and abusive language by someone who presents herself an industry professional simply cannot be tolerated. 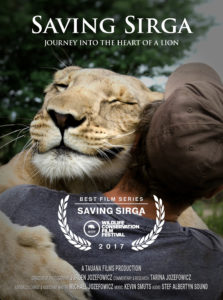